Regina was born and raised northwest of McCook, NE, where she gained her love of agriculture by helping her family operate their cow/calf and farming operation. After graduating from the Nebraska College of Technical Agriculture in Curtis she remained in Curtis where she spent the next 14 years working for the Curtis Telephone Company as one of their accountants and marketing manager. Wanting to work in a more agriculture based field, she left the phone company in 2006 and ran for County Assessor and is currently serving her second term as the Frontier County Assessor. Starting in 2002, in her spare time, Regina started helping work auctions as a clerk, cashier and ring man for a local auction company. In 2005 Regina attended the World Wild College of Auctioneering and became an auctioneer, and has been working as an auctioneer ever since. She especially enjoys auctioneering for charity events and competing in auctioneer competitions and was fortunate enough to have won the following titles: Nebraska 2007 Rookie of the Year, 2nd Runner Up in the 2009 Women’s International Competition, 2010 Nebraska Runner Up and the 2013 Nebraska Auctioneer Champion. In 2011 Regina received her real estate salesman license and partnered up with Lindy Elson to form Old West Realty and Auction. In 2015 she received her brokers license and now serves as an Associate Broker. Regina has served on numerous local boards and committees and is currently serving as President of the West Central District Assessors and on the board of directors of the Nebraska Auctioneers Association Auxiliary. When Regina isn’t working she enjoys working with her cow/calf operation, cross stitching, reading and spending time with family and friends. 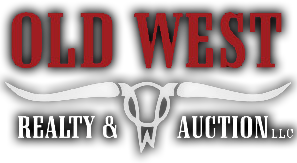